At a time when many public entities are reimagining public transportation, Ecolane Automation Ambassador Mike Scanlon is reflecting back on his long career and thinking about how history might inform shaping the future. 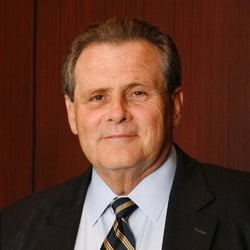 Scanlon has been working in transit since 1967 and has more than 50 years of transit insight and experience. He has a varied and colorful career that includes serving as Chairperson of the American Public Transportation Association (APTA). Scanlon was the CEO of SamTrans, he spent 26 years at Port Authority of Allegheny County (PAT) in Pittsburgh, PA eventually serving as COO; six years as CEO of Broward County Transit (BCT) in Florida; 15 years as CEO at Caltrain, the California commuter rail line on the San Francisco Peninsula and in Silicon Valley; and simultaneously as CEO of San Mateo County Transportation Authority. For more information on Scanlon’s career, check out our article here.

I will be asking the questions in italics and his replies will be displayed underneath.

Mike, this article was inspired by a story you told me when you were comparing the differences of public transportation now versus public transportation when you first entered the industry. Can you share the story about one of the required objects bus operators needed to carry to pass their uniform inspection and the significance?

When I started, things were somewhat militaristic. There were strict uniform requirements and frequent inspections. Your uniform was expected to be pressed and creased, and shoes spit-shined. Everyone had to have a dime to pass uniform inspection. The dime was very important. In those days, there were no two-way radios on buses but there was a proliferation of phone booths – one and sometimes even more on most street corners. The cost of making a local call was ten cents so each operator needed a dime to call and report an incident or problem to what is now called the Operations Control Center (OCC). Back then in Pittsburgh, the OCC was called “Traffic” – really, it’s how the employees answered the phone and responded to two-way radios, available then only in supervisors’ cars or trucks. When they answered as “Traffic”, they were really gruff.

The street supervisors’ position was called Route Foreman – it was not until after I was hired that the first female was appointed to that position. Did I mention most everyone was white?

Now, not only are there two-way radios in most vehicles, but a majority have automatic vehicle location systems (AVL) and now some are eliminating radios for mobile phones. WOW! If the old-timers could see us now. Technology has come so far since the 60’s and in all likelihood, it will continue to expand ever more quickly. Back then, there was one computer system and it took up an entire room that was quite large and the only room that was air conditioned other than the General Manager’s office. And all it really did was handle payroll – punch cards were necessary.

Perhaps the more important change is that the transit industry has evolved and continues to change its culture and focus on public transit as a service. Back in the day, the nearly prevailing attitude that “we know better -- riders don’t have a clue”; and in extreme cases, “the public be damned.”

Today most agencies have a clear understanding that they are public servants and exist to serve. Many have developed mission, vision and value statements, that inform the training and expected behavior of their employees. The very best agencies are laser-focused on the well-being and satisfaction of both employees and customers.

What notions have shaped your career over fifty-plus years?

In 1971, I attended ‘The Fifth International Conference on Urban Transportation.’ The theme of that conference was ‘Mobility, the Fifth Freedom.’ That slogan has stuck with me ever since and helped to motivate and guide me quite often.

Just thirty years prior to that conference, President Franklin D. Roosevelt had delivered his famous speech on the four freedoms – and no, I was not alive yet for that. In a real sense, the visionaries who coined that conference slogan nearly 50 years ago can inspire us today as we pursue our expanded mission of mobility. The ability to move about freely in society belongs to all and it really should be considered a basic freedom. When I need inspiration or direction, I still call to mind that powerful slogan and truly believe that it may be even more relevant today than back in 1971.

What might our industry do to advance the concept of mobility as the fifth freedom?

The transit industry should fully embrace the notion of mobility as an essential freedom. We simply cannot do that if we remain primarily focused on our past. We are no longer in just the rail, bus, and paratransit business. While it’s not yet “Beam me up, Scotty,” we might benefit from thinking in those expansive terms as we explore ways to make mobility simple and readily available to all. Technology will play a seminal role in this regard. We should take full advantage of technology particularly to provide efficient, flexible services.

Fortunately, some of this technology already exists – like Ecolane software. I imagine that we are at the intersection of “On-Demand Way and Demand-Response Boulevard”. On-demand transit has become more prevalent in recent years and I believe it’s about to explode in popularity on the mobility horizon. In general, the larger transportation network companies (TNC’s) have yet to make a profit. There may even come a time when publicly supported agencies need to expand into this space.

Covid-19 has made us all rethink the ordinary, especially in what that means for public transit. What, if any, parallels do you see in the history of public transportation?

I believe there are no parallels in recent history but we did recover after the horrific Spanish flu that began over 100 years ago in 1918. There is historical reporting that it was during that pandemic when smoking became prohibited on many streetcars – imagine that. That epidemic had four waves with the last and relatively modest wave ending in the Spring of 1920. Shortly thereafter in 1921, the very first domestic vehicle with a chassis designed for bus service was manufactured by Fageol Safety Coach Company of Oakland, California. It had a floor that was 12 inches lower than bus bodies on truck chassis that were used prior to that time. So, take heart. In the immediate aftermath of that pandemic, the bus was born – a good omen for transit going forward.

We should be very careful right now, especially about using words like ‘forever’. As Walt Disney observed, “Forever is a very long time.” In all seriousness, we really need to stay flexible and patient and be ready to respond to whatever may come next. But we should not panic or project into a more distant future and worry about things that will likely turn out very differently that we now may imagine.

What positives do you see arising from Covid-19?

The industry has at least two current responses that are very positive and should be continued. First, the focus on cleanliness should be retained even if scaled back somewhat when the virus is contained. For years, many systems were not able to fund cleaning with sufficient vigor. Our customers like it and they deserve it.

Second, we have stepped up and vastly expanded communications with customers, employees and the communities we serve. Providing real-time data on space availability and crowding is beyond the wildest imaginations of old-timers and probably even younger folks in this industry. The higher level of communications could prove very helpful as we pursue our mobility vision.

It is most likely that more people are going to work remotely at least some of the time. This means ridership will return gradually allowing us to provide social distancing in the short term. In the longer term, many transit trips may be taken outside of the traditional peak periods and we should encourage that. This will enable transit agencies to spread the demand more evenly. We could appeal to customers and employees to flatten two demand curves each day – a reference to our recent experience with COVID-19.

What role does Ecolane play in all of this change?

Ecolane provides state of the art software that can enable agencies to provide cost-effective and efficient services. We are located at “On-Demand Way and Demand-Response Boulevard”. That’s where Ecolane shines. 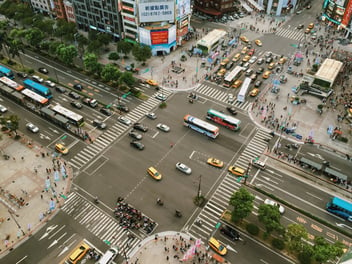 An Expert Interview: How Public Transit Fits Into the Future of Mobility

Tasked with providing strategic vision for our products and services,... 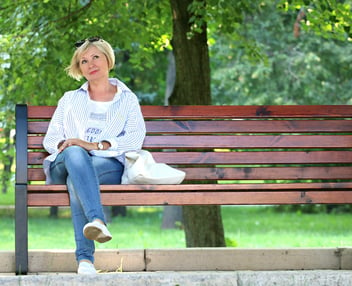 In major metropolitan areas, urbanites can easily connect to information.  It isn’t difficult for...

Douglas Spears spent 31 nights in Marriot hotels between January 1st and March 10th in the first...