What's So Amazing About Mobile Web for Paratransit?

According to Moore’s Law, technology doubles every two years. Computer speeds are at a point where it’s hard to imagine them getting faster, devices are as portable and plentiful as ever and it’s rare to find a person without one.  The Internet, the single most powerful tool in human history, is available almost everywhere. How is technology like mobile web going to impact paratransit?

The Age of Technology

The Internet enables any person with access to find nearly any fact, regardless of how trivial. Google Earth has provided us with unparalleled mapping capabilities, opening new doors for the transportation industry to improve system productivity.  Used alongside professional transit software, agencies have both more data and perhaps more importantly, better data could have been imagined just a few years ago.

The era of the mobile web is evolving in the United States and around the world at such a pace that it’s hard to predict six months out, let alone five years. The ease of use of the mobile web, enhanced by companies such as Google and Yahoo, have opened a new frontier in transit software for both consumers AND traditional transit software companies. It was only ten years ago when few could have predicted the average having access to such powerful information.

Real-Time Transportation Information For Everyone

These real-time information sources have disrupted transportation planning and introduced entirely new ways for the public to get around.  Ever more intelligent mobile phones are in the hands of nearly every segment of the population, and these phones are used as navigation devices for our cars or on foot more than ever before.

Now that everyone has this information, transit agencies need to use it to their advantage.  Working with the technology rather than against it will give transportation agencies an edge.  For example, passengers can be shown public transportation routes on Google Maps so building ways for customers to access components of this data via custom applications is there for the taking.

Along with all new technology, there are hardships.  Transportation agencies now have to compete with services such as Uber or even cab companies that before were inaccessible to people.  Now with a push of a button, extraordinarily convenient transportation options can show up within minutes.  Passengers can see the route the driver is taking and question whether or not it’s the correct route since it’s unlikely that passengers will have real-time traffic reports or updates on construction zones along the way.

Although a “wild west” environment exists in places, one thing is clear. People enjoy having more control over the management of their own transportation.  According to Moore’s Law, this trend will only become more pronounced and agencies will have to continue to both roll with the tide and deal with the hardships.

We have an app for that! Why wait any longer to be notified of a schedule change? Schedule a free demo of the app today for access to next-generation technology that gives you back the freedom to manage your personal transportation needs.

What's Next For Transportation?

Given that people spend so much of their lives traveling, it's no surprise that so many startups... 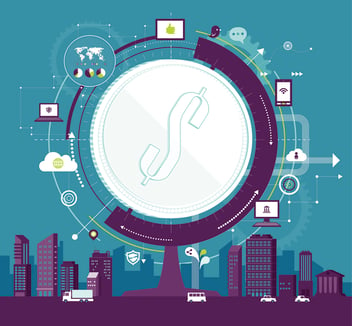 5310 and 5311 formula grants are transportation funding opportunities passed from federal to...

What Is Mobility on Demand and How Will It Shape the Future?

Mobility on Demand (MoD) refers to the ability of individuals to utilize varying transportation...