The buzz around autonomous vehicles has been nothing short of loud.  Gartner defines an “autonomous vehicle” as one that can drive itself from a starting point to a predetermined destination in an ‘autopilot’ mode using various in-vehicle technologies and sensors.  These include adaptive cruise control, active steering (steer by wire), anti-lock braking systems (brake by wire), GPS navigation technology, lasers, and radar.”

In fact, most people picture the future of transportation technology as massive fleets of self-driving cars. We wonder when this will become commonplace, but we won’t ask you to make a prediction.  Certain types of self-driving vehicles are already making their way onto the streets—autonomous shuttles.

Traditional self-driving cars need to be prepared for any possible route. Autonomous shuttle routes, on the other hand, are contained in geo-fenced environments. Geo-fencing is location-based technology that refers to the creation of virtual parameters for a variety of purposes. In regard to self-driving cars and shuttles, geo-fenced environments ensure that the vehicles are limited to the geographic areas where they can operate the best—most notably well-mapped roads and highways.  Autonomous vehicles rely on sensors.  Some vehicles are programmed to be compatible with urban streets and highways, but would not work as well within a more confined space such as a hospital campus or business park; and the reverse is true, too. Consequently, because specific vehicles are made to operate within specific environments, they require less adaptation, thereby shortening their road to the mainstream.

Driver-less shuttles also differ from self-driving cars in that they transport larger groups of people. Expect these vehicles replacing public transportation options, such as school and city buses. In addition to public transportation options, look for these vehicles in the private sector: airports, hotels, college campuses, theme parks, and more. Self-driving shuttle technology creates an abundance of opportunity.

“Fully autonomous vehicles offer many advantages,” according to Gartner. These include, but are not limited to “an improved fuel economy, a reduced number and severity of crashes, a safe transportation option when drivers are tired, and use of travel time for entertainment and work.”

The U.S. population is continuing to grow and people are living longer, more active lives.  So, in order to keep pace with the demand and still meet the efficiency goals, transit agencies will need to adopt autonomous scheduling and dispatching.  Since autonomous vehicles already rely on programs to guide them in lieu of someone manually driving the bus, autonomous scheduling is a natural fit to manage the course of travel for all of this traffic on the road.  It is clear that the future of transportation will continue on this trajectory in its evolution.

Self-driving vehicles advance every day and the barriers to entry have never been lower.  These autonomous vehicles have the potential to completely disrupt mobility by making it faster and safer than ever before. National Highway Traffic Safety Administration (NHTSA) states, “The continuing evolution of automotive technology aims to deliver even greater safety benefits and Automated Driving Systems (AIDS) that—one day—can handle the whole task of driving when we don’t want to or can’t do it ourselves.  Fully automated cars and trucks that drive us, instead of us driving them, will become a reality.  These self-driving vehicles ultimately will integrate onto U.S. roadways by progressing through six levels of driver assistance technology advancements in the years coming.”

Ecolane is an industry-leading  transit scheduling and dispatching software provider that is focused on empowering transportation organizations to solve complex problems for their riders. Our goal is to make human mobility as safe, convenient, and  efficient as possible.  As you know, the transportation landscapes is constantly shifting. Explore the future of mobility with our in-depth guide below. 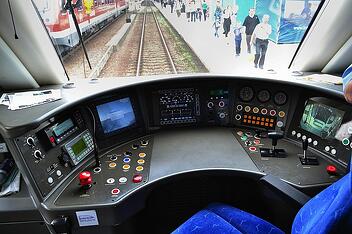 Doing more with less has been a job requirement for as long as I’ve been in the transit industry.... 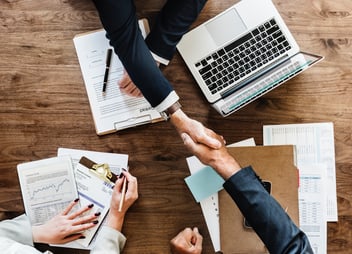 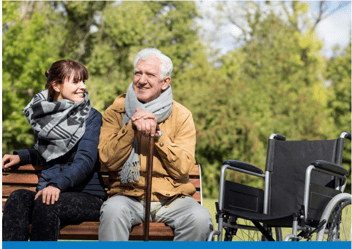 Excerpt from our eBook - Why Implementing an Automated System is Critical in Today’s Transit...